Delivery of messages from village to village was difficult in the summer but in the middle of winter the delivery of messages was unheard of and had never before been attempted as this was in the days before moccasins. Due to the awful illness in the village, the chief saw no option but to send a messenger to the next village for some medicines for the sick from their medicine man. The chief asked his messenger to go but before he could leave the messenger too fell ill.

The messenger’s wife, anxious for his life, left the lodge and set out into the cold. She was oblivious to the freezing snow and ice and intent only on getting medicines for her husband and the people of the village. She ran swiftly over the snow drifts.

The next morning the people of the village were startled to hear her cries coming from the forest. Men and women recognizing her voice ran out into the forest where they found her lying in the snow, her feet swollen and bleeding from frost bite. In her arms were the medicines for her husband and the rest of the sick of the village. The men carried her back to the lodge and wrapped her feet in thick warm deer skins.

The people of the village were astounded by her sacrifice to her husband and her devotion to her people, On her death her foot wrappings became little flowers of pink and yellow which are known today as Lady’s Slippers. 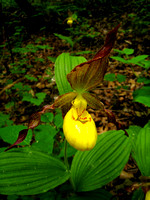 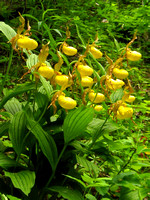 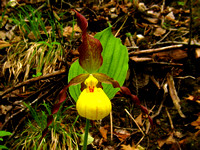 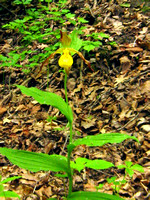 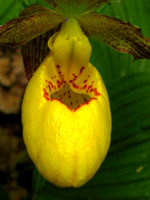 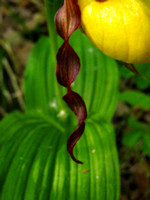 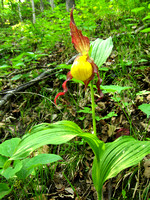 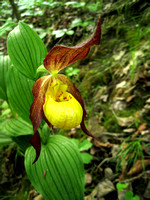